Hubert, fully named Hubert Boulard, is a colourist and a comic scriptwriter. He worked with a great number of artists such as David B, Virginie Augustin or Bertrand Gatignol. Graduated from a French art school in Angers, he decided to draw comics. He won the Jacques Lob Prix in 2015 which annually rewards emerging cartoonists and/or scriptwriters.

Moreover, he wrote with Paul Burckel La nuit mange le jour, in which two men, Thomas and Fred, meet and get to know each other through the mysteries of an exciting and frightening thriller. Insecure, Thomas is quickly charmed by Fred’s self-confidence, but he notices as fast as he falls in love with him that Fred was crazy about his ex, a certain Alex who has now gone missing. It is intriguing for him and it convinces him to investigate the case… This story mixes homosexuality with a hint of psychology in a captivating comic you can buy online at Glenat editions.

Other than that, Hubert is the author of numerous comics and especially published with Virginie Augustin, Monsieur Désire ? which had a great success in 2016, thanks to the relationship between Lisbeth, a discreet maid, and Edouard, a irritating nobleman in the Victorian era.

Find him at the Y/CON for various workshops, conferences, book signing and discussions about his work. 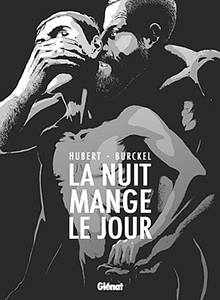 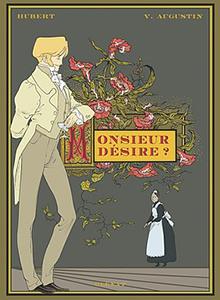