K. J. Charles is a British author and an independent publisher who is mainly writing gay romances, often in historical and/or fantasy genre. She lives with her husband, her two children and her crazy cat. Samhain and Loveswept Editions published many of her novels in London.

She especially wrote The Magpie Lord, translated by Pascal TILCHE and edited by Milady, label from Bragelonne, since July 2016. We can follow the misadventures of a lord, tormented by his family inheritance. Dad and brother both dead by suicide, Lucien Vaudrey tries to get rid of a curse which weighs down on them and visits a magician specialized in obscure forces. The latter, whom he quickly falls in love with, is named Stephen Day and is not insensitive to his charm. However, their relationship is not as peaceful as it seems, since they will have to confront Lucien’s ennemies…

K. J. Charles‘ bibliography does not stop here, as she is also the author of An Unnatural Vice from the novel series Sins of the Cities, which takes place in a Victorian London. The second volume was released on the 6th of June 2017 at Loveswept. She also published some works at MxM Bookmark and Reines-Beaux, where you can find The Secret Casebook of Simon Feximal which was translated by Viviane Faure and the series called Society of Gentlemen.

Find her at the Y/CON for various workshops, conferences and discussions about her work… But also, at her book signing too ! 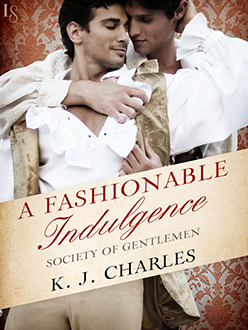 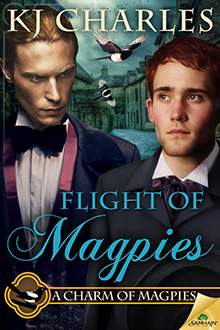