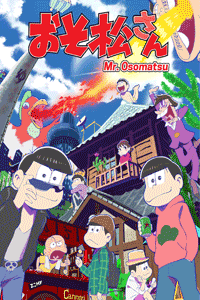 Beware UFO on sight! This series seems to know no limit! Its popularity grew as fast as the polemics about its most outstanding (now censored) episodes. Nonetheless, we selected two episodes whose scenes are full of
hilarious fanservice.

Synopsis: Mr. Osomatsu is based off of the gag manga series Osomatsu-kun by Fujio Akatsuka, and ran from 1962 to 1969. The series features a set of sextuplets, the Matsuno brothers, with Osomatsu being the oldest brother and leader of the group.