The Y/Con has the pleasure to welcome Caly as a new guest.

Caly (Magicaly) is a french BD artist that is known online for her first manga MaHo Megami, which tells the story of an ordinary young woman who is becoming the apprentice of a real life witch. It’s quite a refreshing take on the magical girl archetype! Self-edited since 2008, the series, still in the making, has five volumes to this day, an artbook and a special issue.

Thereafter, Caly Caly joined H2T editions with her new Girl’s Love series Hana no Breath.The first volume of the series, whose preview was available on Weeklycomics in 2016, talks about a young woman who does not understand her friends’ interest for yuri or yaoi. However, she is really interested in that awesome guy: Gwen… until she finds out that Gwen is a girl! Caly Caly uses mangas’ rules and tricks as well as her sweet colorful graphic design to tell a lovely soft story.

Caly considers herself to be part of “global manga”, an international category of manga rather than “French manga”. In addition to her ongoing stories, she has been participating in various collaborations and fanzines. This year, she is working on the second volume of “Hana no Breath” which should be coming out in july 2018 with H2T editions.

Even if Caly works most of the time with China ink liners (that she can’t live without to create her BD pages), she is happy to use ink, watercolour, paint, colour pencils or even a little bit of everything to create a breathtaking result. 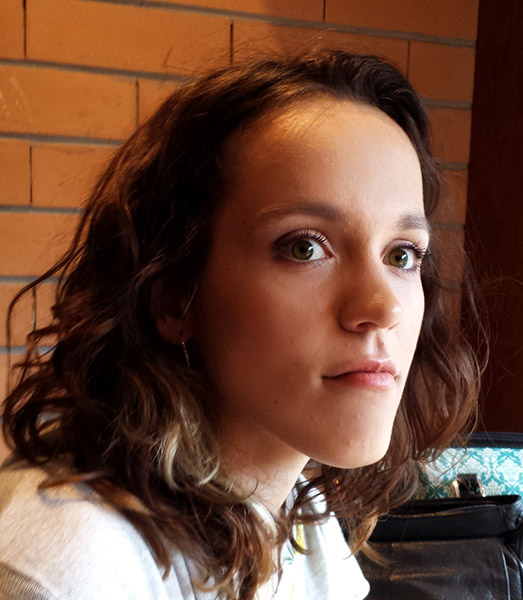 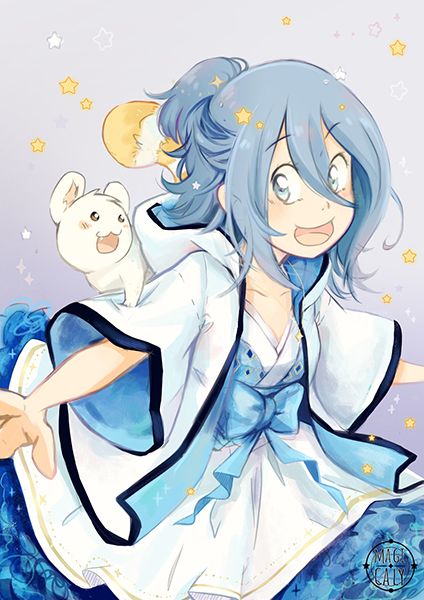