Yatuu is a comic book’s author, she has to her credit eight paper books which talk about social realities she needed to denounce with humor. Also really present on the social media and on her blog, she establishes herself on every media. On her website, find out more than 300 funny plates, all in free access!

In her comic books, Yatuu expresses herself freely with any filter on. In Génération mal logée she talks about her poor housing and her taking of independence. She shares her background as an exploited intern in Moi, 20 ans, diplômée, motive… exploitée! Yatuu also deals with topics such as school bullying and street harassment, always with humor of course, in her two-books released in 2014 Sasha, survivre au collège and Hé! Mademoiselle!. In 2015, she published at Marabout publisher her comic book Pas mon genre!, which approaches with humor and casualness the gender’s stereotypes.
She has also participated to a collective book on Japan Kokekokko, in association with some people to give sixteen views about the Land of the Rising Sun.

Yatuu has just launched her Ulule for a paper version of Erika et les princes en détresse! Support her on Ulule !

Come to meet Yatuu and her lovely characters at the Y/CON 7, during conferences and workshop! 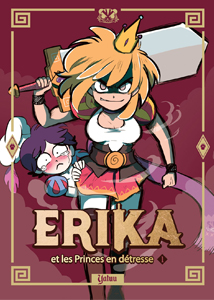 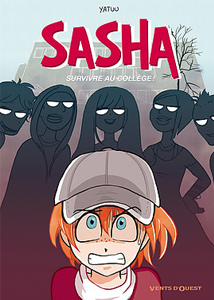